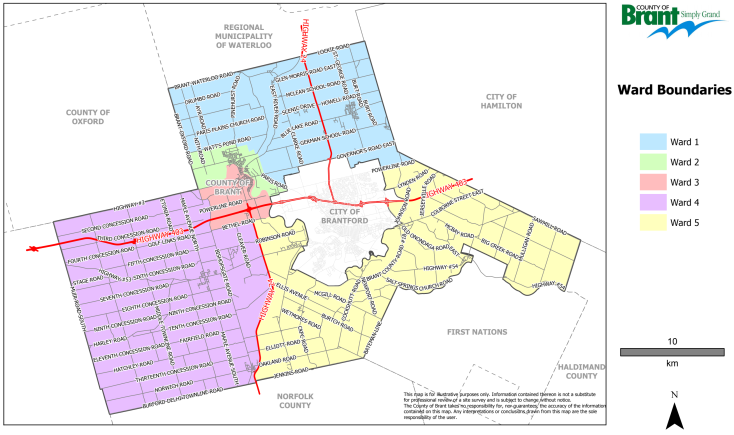 County of Brant has 1 School BHNCDSB Trustee position (For the 2018 election, this position is acclaimed.)